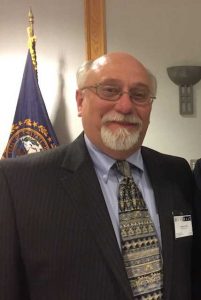 Cameron FordExecutive Director
Cameron Ford, Executive Director since 2017, brings 30 plus years of nonprofit experience to our team, serving youth and adults in the criminal justice system, students and adults with disabilities, underserved youth, adults with mental illness, and people with substance use disorders. Prior to joining Headrest, Cameron was Vice President of Business Development for CORE Vocational Services, CEO and founder of Iron Heart Gateways to Success, Executive Director of Granite Pathways and MYTURN Inc. and was Director of Business Development at Work Opportunities Unlimited for 14 years. Cameron’s “off duty” pursuits involve the restoration of antique motorcycles, and, of course testing them out on our beautiful New England highways! 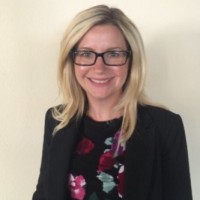 Courtney HoppeDirector of Development
Courtney Hoppe is an award-winning marketing and media professional with a career that began as a Producer, PR Coordinator, and On-Air Personality in the Radio & TV industry. Realizing her talent for branding, messaging, packaging and content creation, Courtney combined her experience and became the “go to” Promotions & Marketing Director for a number of media outlets in the Hudson Valley region of New York – including a world famous independent radio station (one of the few left!) and the second largest radio corporation in the United States. Upon moving to New Hampshire in 2005, Courtney started focusing her energy on the non-profit sector as a way to “give back” to the great state she grew up in.

As Headrest’s Director of Development, Courtney is responsible for the fundraising and stewardship efforts of the organization. Courtney also leads any marketing-related tasks and leans on her media background to create valuable content for the community – including Headrest’s “Virtual Lunch” Series, which features a guest speaker from one of Headrest’s amazing partnering agencies (look for these in May and September), and “Coffee With Clients”, where Courtney interviews a former Headrest client to see where they are today. Courtney resides in downtown Manchester, NH and maintains her physical and mental well-being through yoga, meditation, biking, running (which she took up during COVID) and taking pretty pictures of pretty things. 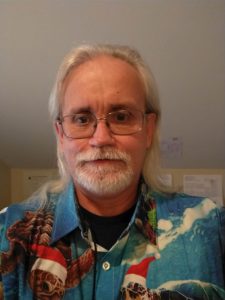 Al CarbonneauHotline Manager
Originally hired as part time residential and hotline counselor in June 2002, Al became Residential Manager within a few months, and remained in that role until 2014. Since February 2020, Al has been in the role of Hotline Manager. He is a Certified Recovery Coach, and has taken part in multiple trainings throughout the years including Motivational Interviewing, Cognitive Behavioral Therapy, and Dialectical Behavioral Therapy. 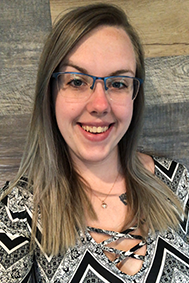 Chelsea SimpsonAssistant Director
Chelsea Simpson, Assistant Director, has been with Headrest since 2019. Chelsea has a bachelor’s degree in Accounting & Finance, is a Certified QuickBooks Online ProAdvisor, and prior to Headrest she worked several years at a CPA firm doing payroll and bookkeeping for many local businesses. Finally, Chelsea is also a licensed Cosmetologist! Outside of work, Chelsea enjoys spending time adventuring with her husband, two dogs, and her daughter Sadie. 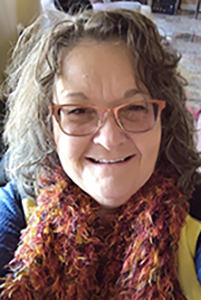 Lori Bartlett, M. Ed.Vocational/Employment Specialist
Lori Bartlett has over three decades of experience working with people who have barriers to employment. She developed the Vocational/Employment program at Headrest and implemented the program on July 1, 2018. Currently, Lori serves as the Vocational/Employment Specialist at Headrest’s Opportunities for Work (HOW). Since the program’s inception, it has served over 175 clients – of which over 50% have become employed. Lori has a BS in Rehabilitation Counseling from Penn State University as well as a Master’s of Education from the University of Pittsburgh. 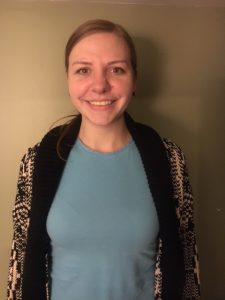 Lara QuilliaResidential Coordinator
Lara Quillia, Residential Coordinator graduated from The University of Vermont, with a B.S in Social Work. Lara is also a Certified Recovery Support Worker (CRSW) and has been a member of the Headrest treatment team since August of 2016. Lara is responsible for managing and maintaining our residential program, supporting people in recovery who are transitioning to independent living in the community. In addition to her work at Headrest, Lara enjoys time spent with loved ones and outdoor activities.

Headrest supports individuals and their families, friends and neighbors affected by substance use, navigating recovery, or in crisis, by providing effective programs and treatment options that support prevention and long-term recovery. Headrest will never turn anyone away.

We imagine a world where there is no shame in getting the help you need.

Founded in 1971, Headrest is a non-profit organization with a mission to assist those affected by substance use disorder, experiencing a crisis, or in need of support by providing effective programs and treatments. We also offer support to the family members, friends, neighbors and employers of our clients.
Go to Top